Despite the COVID-19 pandemic, or, rather, because of it, e-commerce powered a banner year for warehouses and the industrial real estate sector in 2020.

“E-commerce was the trend of last year,” said Carolyn Salzer, senior research manager of industrial logistics at Cushman & Wakefield, the commercial real estate services firm headquartered in Chicago. “It’s been really coming up in the past few years, but the acceleration exacerbated by the pandemic has just set unprecedented levels of absorption and leasing activity.”

‘Industrial [real estate] didn’t only withstand the pandemic, it really thrived in it.‘

Add to that a 4.6% year-over-year rent increase, to $6.76 per square foot—another record—and a vacancy rate of 5.2%, 60 basis points lower than the 10-year average of 6.6%, and it’s no wonder investors are looking to the industrial sector. As other types of commercial real estate have faltered, many investors have padded their portfolios with properties offering long-term tenants that provide steady cash flow.

Demand still outweighs supply, Salzer noted, but there’s more industrial space under construction than ever before.

“For the U.S. alone, not North America, there’s 360 million square feet in the pipeline, which is crazy,” Salzer said, citing the Marketbeat report. About 42% of that space is preleased. Planning for ‘safety stock’

In addition to increased e-commerce, inventory concerns were the other big factor that spurred the need for industrial space, said James Breeze, global head of industrial and logistics research at CBRE.

“Industrial didn’t only withstand the pandemic; it really thrived in it,” Breeze explained.

About 70% of the sector is warehouses and distribution centers, with the rest a mix of research-and-development facilities, manufacturing and some flex space that may have showrooms or offices as well as a warehouse.

For the past few months, Breeze has seen heightened demand from third-party logistics companies that help handle distribution and fulfillment for other firms. These 3PLs, as they are known, were the most active occupier of large industrial space, taking about 26% market share. 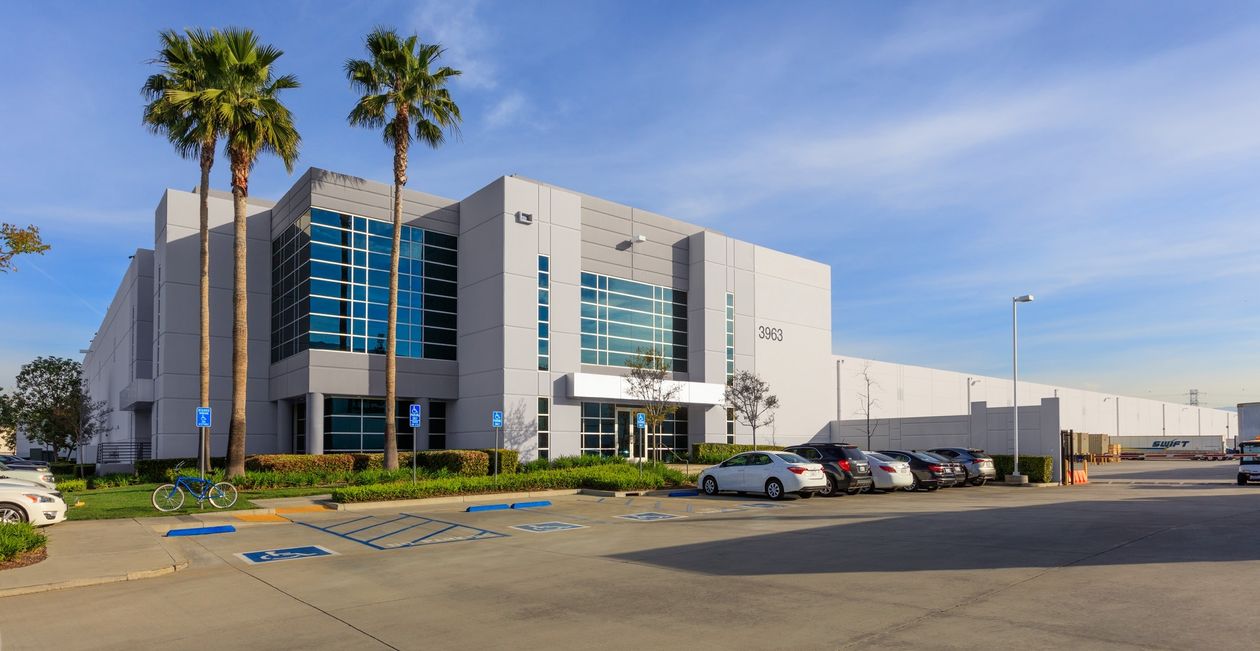 Transactions have grown more common for facilities used primarily for the storage of what’s called “safety stock,” or extra inventory, with the goal of avoiding the supply-chain disruptions experienced in 2020, he said.

Light industrial, which describes space that’s less than 25,000 square feet, has also been surprisingly strong, according to Breeze.

“We thought that was going to be a sector that struggled because it is occupied by small businesses,” he explained. “But because of government programs and the economy improving faster than expected, we saw the vacancy rates stay low and transaction volume actually increased [in 2020] compared with 2019 by 22%.”

Rents for light-industrial facilities have outpaced the overall market, growing 36% in 2020, while vacancy rates are about a hundred basis points lower than the overall average, Breeze added.

In addition, cold storage has become a “hot product type,” noted John Huguenard, senior managing director in the Chicago office of JLL Capital Markets, Americas. Many third-party logistics companies have invested in those facilities near cities to keep up with the growth of online grocery shopping, which surged 40% in 2020, according to a report from JLL.

Some of the strongest regions for industrial expansion are the South, especially around Atlanta and the Dallas–Fort Worth area, the Southeast, the Los Angeles metro area, Chicago, central New Jersey and along Pennsylvania’s I-81/I-78 corridor, according to CBRE’s industrial outlook for 2021.

Many of those markets are seeing an influx of residents as remote work and the need for more space pushes home buyers from major metro areas to more affordable secondary cities. As a population grows, so does the need for warehouses. 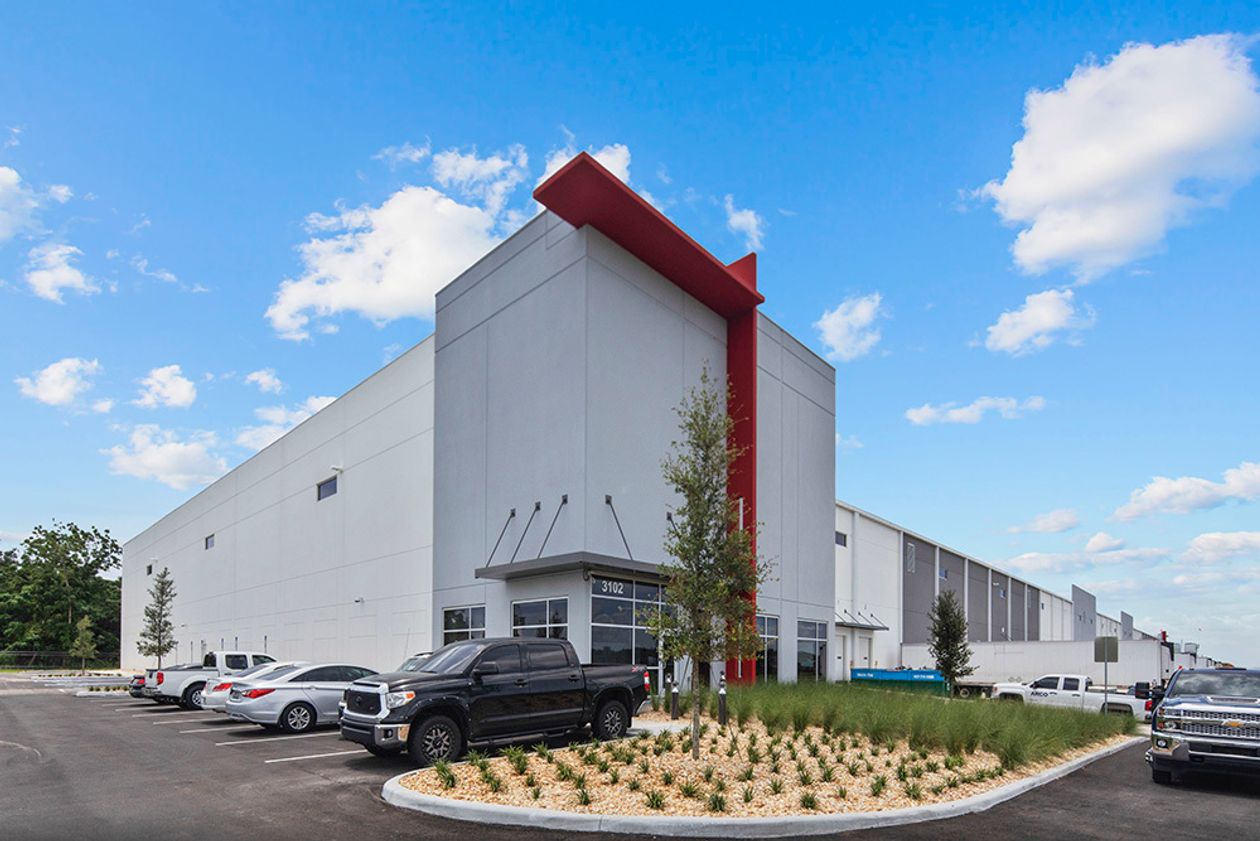 Situated on 21.2 acres, this 289,839-squarefoot “mission critical” distribution center near Orlando, Fla., was sold for $71.45 million in a 2020 deal led by JLL. The facility is fully leased to a global beverage company. Photo: JLL

Although experts predict the market for industrial use will continue to be robust, finding enough labor and the right kind of labor has long been a challenge. Although warehouse labor was one of the only labor sectors to grow last year, there’s still a limited supply, according to Breeze.

“As the overall economy improves, it’s going to further lower that available stock of employees,” Huguenard said. “Because of that need to streamline, we’re going to see that artificial intelligence and that use of automation a lot more in distribution centers.”

Aside from potential labor issues, the outlook for industrial is strong. Demand is continuing to grow, with both tenants and investors willing to pay more.

‘It’s global investors, it’s domestic investors, it’s users, it’s lenders—everybody wants to be in the space because there’s so much positivity in the things that are happening.‘

He said there used to be a ceiling of $250 or $300 per square foot to the price investors were willing to pay. That’s not necessarily the case anymore, as REITs, foreign buyers and other investors look for deals with long-term clients that offer a predictable cash flow in uncertain times.

Plus, these properties are appreciating in value.

“We think that, across the board, we’re 5% to 8% higher than where we were in February of last year,” Huguenard said.

He pointed out that lenders are keen to back industrial deals, so attractive long-term financing is available. “What that tells you,” he said, “is that it’s global investors, it’s domestic investors, it’s users, it’s lenders — everybody wants to be in the space because there’s so much positivity in the things that are happening.”